The idea behind this article is to give those that don’t already have a good idea, a better understanding of what e-liquid is.

So jumping straight in there are four main ingredients for a liquid:

The two ingredients that we’re going to look at in more detail today are PG and VG which stand for propylene glycol and vegetable glycerin. So those are our four main ingredients – nicotine flavourings, VG and PG. Nicotine makes complete sense.

What is it about these two things that make them good or useful when it comes to creating a liquid to better understand this, we’re going to break down a bit more detail, both PG and VG, so you can understand what they have about them or what properties they have to make them useful.

Firstly, looking at PG in a bit more detail PG is thin or runny in consistency, kind of like water. Therefore, it’s used to dissolve or carry flavourings, and it’s used to dissolve or dilute nicotine more often than not, along with these two main properties that make it useful for reducing e-liquids. PG is also a little bit responsible for the throat hit you get when inhale and despite its slightly strange-sounding name, PG or propylene glycol is actually rather common.

You will find in such things, for example, as the inhalants that people would use for asthma. So it’s been around for a long time and we’ve used it for a long time.

VG or vegetable glycerin is again very common has been around a long time and is used an awful lot and the food industry and appears in products such as coffee unison. It’s almost the opposite of PG, it’s very thick viscous more like a gel.

The vape liquid, on its own, it’s has no discernible throw hit very slightly sweet taste, but its main responsibility or job is to produce the vapour or clouds, as they’re sometimes termed, when you’re using your e-cigarette. The two in combination are generally used to produce a liquid at varying ratios such ratios.

What are the ratios exactly? Why do they exist?

The ratio will show you or describe to you the makeup of your e-liquid in terms of how much VG or how much PG is in the liquid. You have a quick look at our website. You’ll see that all of our liquids display the amount of VG in the liquid. But the way it works is, if it says 60 percent VG. You can assume safely that the remaining 40 % is PG.

Some people prefer chucking clouds, as it were, producing large amounts of vapour large volumes of vapour and to do this, you would generally use a sub-ohm device with a high VG liquid. Some people prefer a good strong kick of flavour they’re not interested in blowing clouds. They want to get the nicotine that they require and they want to taste good when they do it and they may use a different type of device which is more MTL(mouth to lung) like an Innokin Endura Kit.

We recommend that no one uses sub-ohm device with a liquid, that’s higher than 6 mg nicotine strength, and the reason for this is that some devices, like SMOK X Priv 225W Kit put a lot of vapor and the more nicotine, you put in there the much more powerful the throw here will be, as we mentioned, the PG is responsible for a small portion of throw hit, but nicotine is very much responsible for the rest.

This moves nicely on to nicotine. How do you choose which nicotine strength, especially when you’re first starting out the device you choose to start with, will have an impact on what you can use? We don’t recommend, if you’re, using a sub-ohm device, that you use 6 mg/ml or above, but what the 6 mg/ml even means in very simple terms.

There are 6 milligrams of nicotine per millilitre or vaping liquid, so for every millilitre, you have from your 10 millimetre bottle. For example, there are six milligrams of nicotine per millilitre, but how does that translate to you deciding which nicotine strength is the right one? For you, generally speaking, and unfortunately, there are only generalizations, everyone is different and everyone has different preferences.

So we can only advise on a general scale scope, but the high end of nicotine is 20 mg/ml at the other end of the scale and excluding the 0 mg/ml eliquids which obviously contain no nicotine at all the lowest strength. Another way of looking at nicotine strength in liquid is as a percentage terms, so looking at the 6 mg again, if we’re not referring to it as 6 milligrams per millilitre of the liquid, we can refer to it as a per cent, so in a 100 ml short fill bottle as a 6 mg, the nicotine would make up 0.6 per cent of the liquid the overall volume.

There’s your scale at the high end of the spectrum. You have your 18 mg and 20 mg and at the other end of the spectrum, you have 0 mg, with no nicotine at all and things like even 1.5, when you have 1 point 5 milligrams of nicotine per millilitre of liquid. Now, depending on how much you smoke depending on the device you’re looking to use, where do you go in that spectrum?

Well, you’re, a heavy smoker and you’re planning on using an e-cig style device or a mouth to lung style device with a coil that has an ohms rating of above 1, it’s safe to say, 12 mg to 18 mg is a fair place to start. If you’re not a very heavy smoker, you have options like 6 mg. There is no correct answer or absolute. This is how you should do it, I’m afraid, and it is at least the very beginning, trial and error. 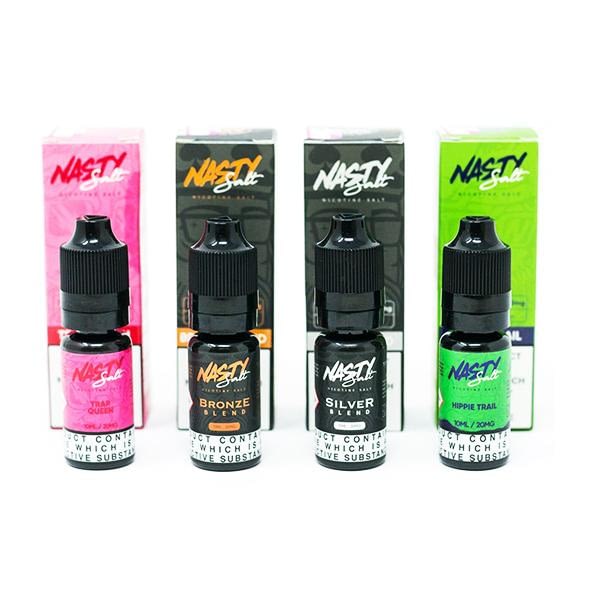 One thing that should be borne in mind is vaping, is less efficient at delivering nicotine to your body, so we’ll need to vape for longer than you would if you were smoking a cigarette. If you can smoke a cigarette in 3 minutes, you’ll probably want to vape for about 6. So there is no hard and fast rule in terms of getting it right. What works for me wouldn’t necessarily work for the next person.

What you should aim to do is to try out as many different options you can and aim to keep trying. If you find the particular ratio doesn’t work for you, it might be better off trying a different ratio. Maybe nicotine strength, you try 18mg it’s a bit strong, go down to it well or even flavour. It pays a really large role I find for me. Obviously, you don’t want to vape something that you don’t like the taste of so flavour is a very important factor and finding your flavour or an all-day vape is a quest that every new vaper goes on at the beginning and sometimes multiple times throughout their vaping journey.

So the main thing is perseverance: keep trying to keep trying different things. One of them will work for you. Hopefully, this article has given you some understanding or more understanding in terms of what a liquid actually is, what goes into it and what you need to look for when it comes to things like nicotine ratios when you’re deciding which e-liquids are for you. If you have any questions, please ask them through our contact form, we will get back to you asap.

3 thoughts on “What is E-liquid: A Guide to Vape Liquid”